Looking for mind-blowing psychological thriller writing prompts and story ideas for your next writing project? Read on for prompts like an investigator suspecting that the culprit of a crime is himself, to a missing person who returns home, but they don’t return alone!

If you like what you read, please consider buying me a ko-fi here!

(This post may contain affiliate links, which means that I may receive a commission, at no cost to you, if you make a purchase using these links. As an Amazon Associate I earn from qualifying purchases.)

What is Psychological Thriller?

The Silence of the Lambs has been touted as the blueprint of the psychological thriller genre but Gerald’s Game by Stephen King is also especially notable because 75% of the book’s narrative happens inside the mind of the protagonist.

Elements of a Psychological Thriller Story

Psychological thrillers, according Peter Hutchings in The A to Z of Horror, often refer to “narratives… in which action is suppressed and where thrills are provided instead via investigations of the psychologies of the principal characters.”

3. Exploiting uncertainty about the characters’ motives, honesty, and worldview or perception produces the psychological suspense in these stories.

4. May focus on the psychology of the antagonist rather than focusing on the protagonist or the victims.

Considering the themes and elements involved in a psychological thriller, it’s no wonder that Jeffery Deaver once said:

For me, a thriller is a very carefully structured story.

Now that we know all the necessary components involved in writing an immersive psychological suspense story, below are some examples of psychological thriller writing prompts you can use to jumpstart your writing project!

(Please note that the genders in these writing prompts are just placeholders and do not mean to enforce any stereotype nor offend anyone.)

1. When a missing person returned, there’s something strange about that person that makes people around them uncomfortable. They’ve been possessed, or brainwashed, or someone secretly impersonates them.

2. The missing person returns but they do not return alone, or they return incomplete (however that means!)

3. When the media discovers that a missing person’s case is connected to an important political figure, it threatens to tear a family/society apart.

4. When a woman disappears, her family vows to do anything to bring her back. But what they do not expect is that she’s the brain behind her own disappearance. She sheds her old identity in order to infiltrate the mafia organization that has ruined her family. (Originally appeared in my post Spy Writing Prompts.)

1. A serial killer pretends to be a mentally-ill person.

2. When two children were accidentally swapped at birth, one went to an affluent family and the other to a poor family. Now grown up, the child who went to the poor family is planning a revenge against all the hospital staffs responsible for the mistake.

3. Because of a mysterious reason, a parent raises their son as a daughter, or their daughter as a son. And then, the parent gets violent when other people around them raise their concerns.

4. When a police detective investigating a crime begins to suspect that the perpetrator is himself, he has to go all out after all the signs say that the next victim would be his own daughter. The twist: the culprit is actually a coworker/friend who wants to frame him.

5. When identifying a dead body, a woman discovers the staggering truth that it’s herself. This can be the case of a lost sibling, or twin sibling, or an impersonator, or a doppelganger.

Take an inspiration from one of the sins or the combination of them as the motivating factor for the antagonist’s actions in your psychological thriller story.

1. Envious of a new rising star in the industry, a famed actor/painter/artist befriends the newcomer while scheming to ruin the newcomer’s career and shifting the blame to other people (the manager, another person in their circle, etc.)

2. A husband/wife with perverted kinks blackmails and pimps out their unwilling spouse, until the victim starts to fight back.

3. A detective becomes obsessed with a key witness to the point of fabricating and masterminding serious threats against her well-being, so that he has a reason to whisk her away to presumed safety. (From Detective Noir Writing Prompts.)

4. Following a horse-riding accident, a tired housewife of three children begins having flashbacks of memories from her past life before believing that she’s been brainwashed by the man who is none other than her husband. (From Spy Writing Prompts and Story Ideas.)

1. A social worker gaslights the people under their care.

2. A nursing home employee takes advantage of the elderly people under their care.

3. A maid/personal assistant works to gain the trust of her employer in order to take over her employer’s life.

4. An employee of a home-surveillance installation company uses his work access to spy on his love interest.

5. Due to the fear that he/she will be replaced, a supervisor/boss secretly does all they can to thwart their subordinate’s attempts to advance in the workplace.

1. A lone astronaut must contend with and outsmart an intelligent alien that hijacks her ship.

2. When a smart home has had enough of serving the whims of its inhabitants, it traps them inside, cuts all necessary utilities, and starts to harm them out of spite.

Planning out a psychological thriller requires a carefully structured plotting, and the snowflake method, a method where you start with a single sentence and then expand it in an almost circular way, is especially useful in this case to visualize all the twist and turns in your narrative.

If you enjoy visual tools when planning out your story, check this out:

With 81% rate of 5-star customer reviews, you’d be hard-pressed to find a better tablet than this is XENCELABS computer graphic tablets with 40 customizable quick keys, 12″ ultrathin pen with 2 battery-free stylus, and 8192 levels pressure for Win/ Mac/ Linux.

Scribendi.com was founded in 1997, and is one of the world’s oldest and largest online editing and proofreading companies. We provide clients with fast, reliable, and affordable revision services. 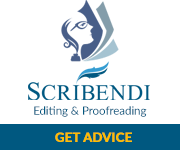 Furthermore, here are some other posts that you might find interesting: